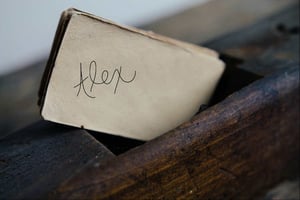 Camp is about fun. Most kids look forward to living in a parent-free zone for a week and being free to do things like swim every day, eat candy before bed and skip showers. Basically, freedom equals fun.

But if freedom is what makes camp fun, then what happens when you take a little freedom away? For example, what if instead of letting your campers select a bed for themselves on the first day of camp, you actually assigned beds to them?

Let's look at the pros and cons of camp bunk bed assignments.

In addition to eliminating the initial arguments about who gets which beds, bunk assignments can also protect against arguments later on. For example, if two campers who don't get along end up next to each other, you (as the counselor who assigned beds in the first place) have the right to reassign beds at any point during the week. Remember, you're the counselor, and you should do what you need to do to maintain peace and keep the cabin happy!

While counselors make it their mission to keep camp fun, there's one important step that comes before fun, and that's establishing authority.

Only when the counselor establishes authority as the person in charge can the campers have fun safely. What does this have to do with bunk bed assignments? Assigning bunks is a simple, practical way to establish that authority immediately.

Establishing authority is not about going on a "power trip." Whether kids realize it or not, they want to know who's in charge. They function better when authority is established because they can relax, knowing that they're not expected to be in charge. Kids become anxious and often misbehave when authority is unclear or incompetent. If you can keep that from happening by simply assigning a bed, then you might as well do it!

Additionally, when a camper's bed is assigned to them, they view the space differently than they would if they had picked it out or claimed it for themselves. For example, campers who claim their own bunk beds may feel the freedom to declare their bed a jungle gym at 1 a.m. or a gossip party during nap time.

However, beds that are given (or assigned) cause campers to acknowledge their counselor as the giver, which often makes them more responsive when they're told things like, "It's 2 a.m.... Time to go to sleep!"

Campers can easily feel overwhelmed on the first day of camp. Walking into a cabin filled with new faces can feel daunting. On top of making new friends for the week, campers are expected to choose a bed --the place where they'll spend about 30% of their time. What if they choose the wrong one? It could ruin the week! (At least, that's what it feels like.)

As a counselor, you can reduce this point of anxiety by choosing beds for your campers. Put their names on their beds so that the only thing they have to worry about when they first step into your cabin is finding their name tag.

By having specific bunk beds set aside for them, your campers will also feel incredibly welcome -- like you've been waiting for them and the cabin would not be complete without them!

Of course, you can only think through bed assignments if you know something about your campers. It's helpful to know, for example, that Jane and Sara are BFFs who have been coming to camp together since they were 10, or that Luke and Josh are brothers who argue a lot. If your camp's registration form includes a place to add notes like this, it will not only help with cabin placement, but also with bed assignments.

Of course, any time you tell somebody what to do (like assigning them a bed), there is a chance they won't like it. If you're assigning beds to your campers, be prepared for a few complaints here and there.

Either your campers or their parents could complain about assigned beds. One mom might not like that her daughter will be sleeping next to the door while another mom might request it. Of course, even if you've made bed assignments, you can still be flexible and accommodate requests as campers move in. Just make sure that if you choose not to accommodate requests and rearrange, you have a good reason for assigning the beds you've chosen.

We hope that helped with the camp bed assignments dilemma! Now, if you're looking at your camp mattresses and beds thinking that it's time for some new ones, give us a call! We'd love to talk through your options with you and send a quote your way.